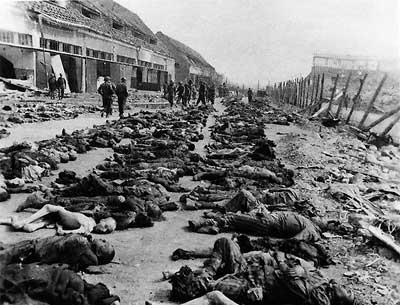 The Holocaust was the murder of approximately six million Jews by the Nazis and their collaborators. Because Nazi discrimination against the Jews began with Hitler's accession to power in January 1933, many historians consider this the start of the Holocaust era. The Jews were not the only victims of Hitler's regime, but they were the only group that the Nazis sought to destroy entirely.
The term Holocaust is defined as a large-scale destruction of life. The word Holocaust is of Greek origin and it means "sacrifice by fire." The Hebrew word for Holocaust is Shoah and it means "catastrophe."
Every year, we hold Holocaust Memorial Services. Several Holocaust Survivors have visited and presented their experiences at our Yom HaShoah Services: 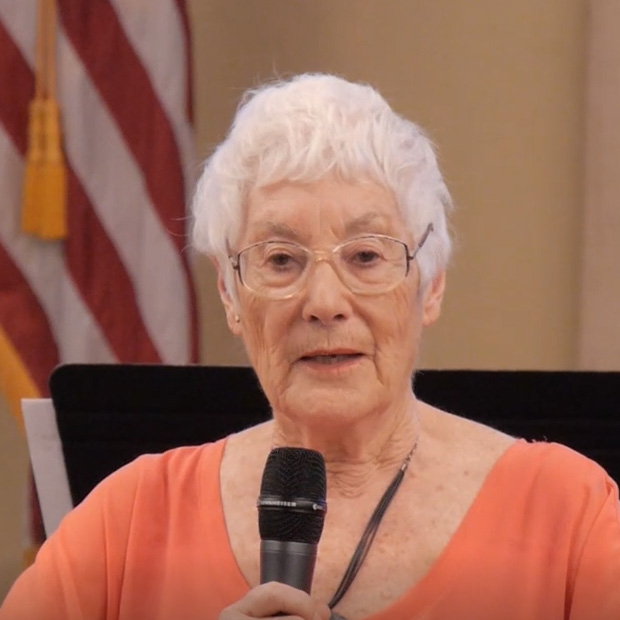 Bertie Lubinsky
Bertie Lubinsky was born in July of 1931, Amsterdam, Netherlands. During the war she went into hiding to conceal her Jewish identity. She is the only survivor of her family.

Sam Silberberg
Sam Silberberg was born in Jaworzno, Poland, to an orthodox Jewish family. He was ten years old when the German army occupied Poland in 1939. His family was forced to move from their hometown when the Germans began their program of systematically annihilating the entire Jewish population of Europe. The Silberbergs ultimately ended up in the Shrodula Ghetto. Later, Sam was sent with his father to the Annaberg and Blechhammer concentration camps where he was tattooed with the number 178509 on his left forearm. In the camps he and his father kept an ongoing dialogue on the value of life and the reason for living. During the Death March of January 1945, Sam made a daring escape to a Catholic convent where his mother worked as an Aryan. Sam has authored two books, "From Hell to the Promised Land" and "What Made Sammy Run?: My Story." He has been a featured lecturer at the Museum of Tolerance, churches, synagogues, and universities.

Ruth Treeson
Ruth Treeson was born in Warsaw, Poland between the two world wars. Nine years old when World War II started, she survived the war and the concentration camps to immigrate to United States in 1947. She taught English at various colleges in New Jersey throughout the 1980's and the early 1990's. She has written both novels and poetry throughout her life. Her poems have been published in various magazines and literary journals. Her book, "The Long Walk" is a memoir of her harrowing journey back to Poland that lands her at the Catholic boarding school where she'd hidden from the Gestapo until her capture. Here, among the few tattered remnants of her childhood, the tragic past begins to seep through: the assumed Christian names, the mother who risked everything to find her lost husband and the sister torn from Rutka's arms by the police. Confronted by unimaginable loss, Rutka nonetheless finds friends, joy and slowly, a whole new life in the United States.

Regina Hirsch
Regina was born on June 29, 1928, in Lodz, Poland, to Ajzyk and Esther Landowicz, the third-to-last child in an observant family of eight girls and one boy. Only Regina and three sisters survived the Holocaust. Regina began speaking out about the Holocaust in 1949, a time when “nobody wanted to listen,” she said. She was one of the first speakers at the Los Angeles Museum of the Holocaust and continues to speak there every Thursday. She also talks to college students and the U.S. military. “While we’re here, we have to talk, we have to teach. What else is there to do?” she said.

David Faber
David Faber, born 1926, is a Polish Jew who survived nine concentration camps from 1939 to 1945 in Nazi Germany and occupied Poland. He witnessed the murders of his parents, his brother Romek, five of his six sisters, and some of his extended family. At age 14, he was a fighter with the Russian partisans. When he was liberated from Bergen-Belsen in 1945, he was 18 years old and weighed 72 pounds. Faber says “I was a living skeleton and could not resist anymore." Even though he was liberated he gave up on living. Later, he was found on the side of a road and taken to a hospital, where he was nourished back to life. His book, "Because of Romek," is a memoir of his ordeal in the camps. He wrote the book in memory of his entire family but especially of his older brother Romek. Faber's book is a documentation of the inhumanities of the 20th century and became required reading in some schools.

Leon Leyson
Leon Leyson was the youngest Holocaust survivor of Schindler's list. Leon was born in 1929, in Narewka, a town 150 miles northeast of Warsaw, Poland. The family's feelings of security collapsed when in 1939, Germany invaded Poland, and the brutality of the Nazis accelerated with murder, violence and terror - the family was herded into Kracow's Jewish ghetto. In 1941 Hershel, the oldest, fled Kracow but was killed by the Nazis in a massacre in Narewka. By then, his father and a brother were working for Oscar Schindler at his enameled-goods factory, close to the Jewish ghetto. Leon was 13 years old when his father brought him into Oscar Schindler’s factory. He was the youngest survivor of Schindler's List. Leon was just a skinny kid and so little that he couldn't reach the handles on the machine. He used to stand on an upside-down box. Schindler developed a fondness for him, nicknaming him little Leyson and showing him many kindnesses. Leyson later recalled: “Occasionally, when he was by himself, he would come and talk to me. He ordered that I get extra rations of food...” His two eldest brothers did not survive the war, but he, his parents and brother and sister were saved by Schindler.
continued:

Magda Herzberger
Magda was born and raised in the city of Cluj, Romania. She and her family were deported to the German concentration camps in 1944 when the Nazi's occupied her native city. She is a survivor of three death camps: Auschwitz, Bremen, and Bergen Belsen. Most of her family members were killed by the Nazis. Magda is a poet, lecturer and composer. She is also the author of five books: “The Waltz of the Shadows” - an autobiography in poetry form, “Eyewitness to Holocaust” - an autobiographical essay consisting of prose and poetry, “Will You Still Love Me?” - a collection of love poems dedicated to her husband, “Songs of Life” - a poetry book, and “Survival” - which recounts her ordeal in the concentration camps.

Mel Mermelstein
Mel is a Holocaust survivor from Auschwitz-Birkenau, Gross Rosen, and Buchenwald concentration camps. His father, mother, two sisters and a brother all died during the Holocaust, simply because they were Jewish. Mr. Melmelstein’s autobiography, "By Bread Alone," describes the horrors of life in the concentration camps. The title of the book is taken from the importance that bread symbolized in his life. Bread was the lifeline. It was filling and nourishing, and it also held a religious significance - bread was seen as the manna from heaven which was sent from God. In the camps, bread and shoes were key elements needed in order to survive. Bread was traded, savored, and treasured. In a 1991 TV movie "Never Forget," Leonard Nimoy portrayed Mel's ordeal in the camps. Mr. Mermelstein is the founder of the Auschwitz Study Foundation.

Mickey Montage
Mickey and his family were in their home in Hungary about to celebrate the Passover, when a loud banging on their door by a Nazi soldier signaled the beginning of a new slavery much worse than the one 3,400 years earlier. It was the last time that Mickey would ever see most of his family members. After witnessing unspeakable horrors and surviving incarcerations in Auschwitz, Hirshberg, and Buchenwald, Mickey was rescued by the Allies in 1945 and was one of the passengers on the famous ship “Exodus” Mickey not only survived the concentration camps and the harrowing trip aboard the Exodus, he later immigrated to Israel where he became an officer in the Israeli Defense Force and fought in the War for Independence in 1948.