My journey to faith. 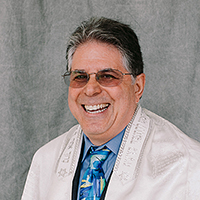 It isn’t a story of being rescued from a drug-induced haze or experiencing something as horrific as homelessness, or prison, or anything miraculous, really. Rather it was the culmination of 10 years of hearing the truth spoken to me by many, and finally realizing what I was seeing around me was a direct parallel to the bible. And now that I think about it, how my life could have gone…but God redeemed me…let me explain.

It was 1979, about the time of the second gas shortage….back in the day when we lined up at the pumps by evens and odds of your license plates. It was quite shocking, actually, when gas rose to .90 cents a gallon….and we’re asking “how will we ever be able to afford this?” I think my house payment was $400 a month or something at 13% interest rate. Inflation approached 15% and banks actually paid interest!

About the same time, in the news there was a steady drumbeat about Israel denying the Palestinians their own state and a growing sense of Israel presented as a bully. This was just a few years after the Yom Kippur War. I wasn’t aware of such things then, but there was a subtle shift in attitudes towards Israel. Frankly, I didn’t really care much. I hadn’t been in a synagogue for years and my Jewish identity was cultural at best. As Doug has mentioned, after our bar mitzvahs we basically told God, I’m done with this, see you when I hit 70 and then we’ll talk….well…..

I also remembered that just a few years before, leading news magazines were speculating about the US fighting a war in the middle east over oil. I didn’t pay much attention until I began “listening” to what was going on around me. I wasn’t connecting the dots yet. Besides, why would America need Saudi or Libyan oil? We had plenty.

About this time, I was running my reading business here in Orange County. I remember receiving a call about a group of Christians from Anaheim (as it turns out they were from the Local Church-practically a cult) who wanted to take a class together. So, we set up a special 6-week session for them…I remember about a dozen of them, kind, sweet people.

When the class came to an end, we all went out for something to eat. They started to ask me what I thought of Jesus and then explained their beliefs. It was nothing new….as I’d had the gospel preached to me for something like 10 years.

Nope…nothing new here. Same old story. Boring, nothing that applied to me.

But there was one guy…Matthew Ferrari who just had a different way of explaining things to me. He was kind, gentle, and once he learned I was Jewish, took a different approach telling me how the Jews were chosen, special to God, and how they fit into this whole story. And how the Bible, though an ancient book was just as relevant today as it was then.

But it did get me thinking about those past 10 years. How some former high school classmate tried explaining to me how certain illusions in the Book of Revelation might actually look something like modern weaponry. That sounded silly mostly because, well, I’d neither read the Bible nor anything of Hal Lindsay’s writings. So I shrugged it off. Again.

Of course, years later, I read Hal Lindsay’s book “Late Great Planet Earth,” which made me think of that high school acquaintance. And now I know where he may have gotten it from.

Anyway, my memories recalled a couple of dear fraternity brothers who had come to faith and how both of them took time to share with me…and why their former lives were radically changed. Again, me not listening. Or caring.

10 years is a long time and yet it goes by in an instant. One of the things we all must take to heart is to never give up on those loved ones. Our job is to pray for them.

And so here I was….27, in business, had recently bought a home, basically a nice life. I had good friends; some are still in my life to this day. I am one of those people who works at friendships, and many of mine go back more than 50 years.

And I will never give up on them. And they all know who I am and what I believe.

I grew up in a loving home, though both my parents had their addictions. Dad gambled, mom drank, and I just drifted along, getting through school until opening my business. I had a bar-mitzvah. I loved baseball. I saw Sandy Koufax pitch his perfect game. I went to college in San Diego. I grew up in a very average middle-class area…which ain’t so middle anymore. Then I came back up here to open my business.

And things were ok….until Matthew and his friends entered my life.

About that time, I had a roommate with whom I shared my small condominium. Steve, a Jewish guy was from the east coast, and in a weird, and somewhat striking coincidence, he knew someone in my extended family from the east, in Baltimore where my mother’s family landed after immigrating from Canada. Within a few months we learned a lot about each other and lived on as roommates for a while. Until….

Until one day we are driving down the 57 by the stadium and we get to talking about his sudden interest in going to church. At which point he asked me what I thought of Christians, those who believed in the Bible. And then he added….. “as am I.” My Jewish roommate tells me he now believes in Jesus. I’m thinking he’s crazy. Or not….What?

I felt the noose tighten ever so slightly around my neck. Maybe a better way to put it was that cold weird feeling when things begin closing in on you. Soon afterwards, he reveals he’s going to church at the Eagles Nest, where I learn the pastor is Jewish. Now THAT was weird….a Jewish Christian. And my roommate…a Jewish Christian. What did I know from “Messianic?”

And he acquired a red covered leather-bound bible somehow. And one night, he left it out……and there it sat, mocking me. So, I decided to pick it up. It felt heavy in my hands. I had no idea what was in there. So, where did I begin? Genesis? No. Maybe the Psalms? No. Revelation. Yes. And it scared the wits out of me. Could any of this be true? And there it was…. the Devil, Evil, God….war, calamity, disasters, Judgment, all of it….and right in the middle of it all….Israel and the Jews. And me…

It sounded like the 6:00 news before the 24-hour news cycle. And cable. And the internet. It sounded like I had come face to face with eternity and my destiny. The Bible….and reality all came crashing into me and my life. 43 years ago. God continued the redemption process….and that’s what it is….because, at least in my life, it took time. 10 years in fact. But once He began that good work, He didn’t let go. He chose me.

So, one night I asked God if this was real. And somehow, a copy of Late Great Planet Earth showed up in my hands. I couldn’t get enough of this stuff. I started reading and reading. And more 6:00 news. And more parallels. And then it all came together. It was real. All of them were right….

Israel was right in the middle of the Bible. And Jesus…who I later learned to address by His Given name….Yeshua. God is Salvation. Even His name had meaning. Soon I was told of a gathering of Jewish believers at Calvary in Costa Mesa.

A small group of men and women, Jews and gentiles who loved the Jewish people and weren’t afraid to talk about it. So, I visited and nothing has been the same since. I found out I wasn’t alone…which almost all Jewish believers feel like. This Jesus, this Bible…it just isn’t Jewish is it?

But it is Jewish. In fact, it’s the most Jewish thing I’ve ever done.

I began questioning my upbringing….why hadn’t I learned any of this in Hebrew School or for my Bar Mitzvah? What were my rabbi and cantor not telling me? Maybe worse, What WERE they telling me?

Shortly after I came to faith, I shared my story with my parents. Mom wasn’t too excited, and in fact, was horrified. So, what does a good Jewish mother do? She calls the rabbi.

They scheduled a session for me with the rabbi. So, here’s how it went:

It was a Sunday, if memory serves, sometime in 1980. The Chassidic rabbi (likely a deprogrammer) rolls up to my parents’ home in Long Beach and comes in the house. After introductions, he looks at me then my parents, and then proceeds to insult them, telling them they failed to raise me right. He really let them have it. Yes, a blatant insult right in their home. And they just sat there and took it.

Well, sadly, so did I. I don’t remember much about the meeting except for feeling humiliated. Only years later do I now realized what happened. They were clueless, afraid that I had joined some sort of weird cult, and that I couldn’t possibly be thinking for myself. He piled it on… and at some point, I just tuned out. I remember giving him a copy of a Hebrew New Testament, but my memory fails from that point onward. I wish I could tell you the price I paid. My relationship with my mom never completely healed. There were extenuating circumstances, and though we got a little closer before she passed, our once warm and loving relationship was destroyed by the rabbi. That lasted for five years until she died. But there was some good news. Years later, a week before my dad passed, he accepted the Lord, with the help of two Jewish believers who were friends of mine. Anyway back to the story. I’ve also lost old friends, at least people I thought were friends.

I started reading Jewish history, a lot about Israel, and everything I read I could see traces of in the Bible. And now it’s even closer to me. The Jewishness of it all. And yet, that is nothing compared to the great things that await us in our Messiah.

This Yeshua, who lived for a short time on earth, who gave everything He had for us. He taught the Torah well and correctly. He healed the sick and the lame. He raised the dead. He performed the exact miracles that the rabbis wrote about would happen when Messiah came. And he took on our sin for us.

I learned that the writers of the Hebrew Scriptures gave us a series of clues, also called prophecies, about what to look for in this Messiah. For example, He would be born in Bethlehem. He would perform miracles above and beyond what others before Him had done.

He would go on to fulfill more than 150 messianic prophecies. The timing of His birth would be so accurate that you count the number of days from the declaration to rebuild the City of Jerusalem after the Jewish exile to Babylon, to His arrival.

Descriptions of His mission, His suffering, His death, and His resurrection have filled libraries. And yes, sadly, wars have been fought in His name. He would have never approved. Because He was about more than wars or nations, or territory, or politics, or theology.

He was about us…His love for us. As you are reading this, wherever you are, where is your heart? He waits with open arms for you. He wants to redeem you. Are you listening?