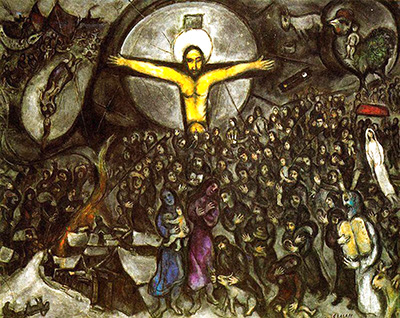 But first, it reveals the reason why God wanted the Jewish people out of Egypt, for we read in Shemot 10:3 God's message to Pharaoh: “How long will you refuse to humble yourself before Me? Let My people go, that they may serve Me.” The reason God wanted the Jewish people out of Egypt was that they may serve Him freely. But there is an interesting dichotomy here. The Egyptians were free men, but they ignored the true God and were slaves to the many “gods” of their own lifestyle. The Jews were slaves without hope and a miserable life, yet God wanted these humble ones to serve Him. Through their enslavement God wanted to make sure that the Jews will never forget what it means to be oppressed. Pharaoh’s sin was his refusal to humble himself before God, thus the object of the plagues was to teach meekness and to educate men about the character of God. God knows our hearts — that we are stubborn and hard to change — but He is giving us opportunity after opportunity to correct ourselves. Until we do, He disciplines us just as a loving father does with his children.

Through the deliverance from Egypt, God wanted the Jews to be physically free in order to attain spiritual freedom and He eventually gave them the Torah as a guide. Unfortunately, in today's day-and-age the more physical freedom we attain the more spiritually slaves we become, just like the Egyptians, ignoring God and His Torah. Only a humble heart can experience a true spiritual freedom. God is always ready to help in our spiritual quest and He is correcting us through many tangible reminders, if only we were ready to listen.

— THE FIRST SIGNPOST – OBSERVING THE NEW MOON / REQONING TIME. At this moment in time in the Parashah the Jews are still slaves in Egypt. They could not be free until they had to think as free men, so God wants to change their way of thinking. The first thing He tells them to do is to observe the time. “This month shall be to you the beginning of months; it shall be the first month of the year to you” (Shemot 12:2). By repeating the words “to you,” God emphasizes that the Jews need to wake-up out of their spiritual slumber. As slaves their time belonged to their master, but from now on they would be the master of their time. The time will belong to them and their only Master would be God. The month of Aviv would become the first month of their freedom. They would start reckoning their time from the hour of freedom; thus, Exodus was to mark the beginning of a new era; Israel now has a new calendar beginning with their redemption from both physical and spiritual slavery. The beginning of the year is a great way to "renew" our commitment to the Lord, but in a smaller scale the beginning of every month, which is marked by the New Moon - Rosh Chodesh, could also be a signpost for our “renewal” in our walk with the Lord, to be celebrated, as the Bible says, with the blowing of the Shofar (Psalms 81:3).

— THE SECOND SIGNPOST - PASSOVER. Passover was the inaugural festival because it marked the emergence of the Jewish nation. This nationhood was not based on revolution, triumph in battle, conquest of a land, or any of the other manifestations of national pride. Rather, the people had fallen to the lowest depths of degradation, spiritual and physical. In the spiritual realm, they had virtually forgotten even the covenant between God and Abraham’s seed, the covenant of circumcision. In the physical realm, they were downtrodden slaves, without the power to protect even their babies from being drowned by their masters. God’s plan was that the Jewish people in Egypt would become totally powerless, so that when they were constituted as a nation, they would have nothing but what God had given them. To stress the centrality of the Exodus in Israel’s faith, the Ten Commandments identify God as the One who took Israel out of Egypt, not as the One who created heaven and earth.

But Passover is much more than a festival. Passover is the corner stone of our spiritual freedom. Without experiencing Passover we have no freedom, and no salvation. The Israelites were asked to perform a ritual that will symbolize for all times the meaning of salvation by sacrificing an innocent lamb, without blemish, and expressing their faith to God and to the whole world by smearing its blood on the outside of their homes, so when God will come in judgment to smite the unbelievers would see the blood and pass over. “For I will pass through the land of Egypt this night, and I will strike all the firstborn in the land of Egypt, both man and beast; and against all the gods of Egypt I will execute judgment; I AM YHVH (the LORD). And the blood shall be to you for a sign upon the houses where you are; and when I see the blood, I will pass over you” (Shemot 12:12). God Himself executed this judgment.

The absolute holiness of God prevents us from coming in His presence; our sins, no matter how small, are incompatible with God's holiness, but God in His grace will accept a blood sacrifice to atone for our sins, to cover our sins. This is God’s requirement for redemption; a perfect sacrifice must be made through the shedding of blood and the lamb of Passover was an exemplification of that requirement. But the Passover lamb was not the absolute perfect sacrifice because the Israelites had to make this sacrifice year after year. A different sacrifice was needed to atone for every sin by every person from every nation, not just the Hebrews. Yeshua came to fulfill this requirement in order that every human being who believes in Him be passed over and enter into a fellowship with God. The ancient Passover was a typology of the redemption that God will fulfill in the fullness of time by sending His Son to die on a Roman execution stake as the absolute perfect sacrifice once and for all.

Today we commemorate this event with a Passover Seder in which we use the symbolism of the redemption from Egypt to remember God's requirement for salvation. But, unfortunately, there is one requirement for performing the Passover ritual that is often overlooked: “And the LORD said to Moshe and Aharon, ‘This is the ordinance of the Passover; no stranger shall eat of it. But every man’s servant who is bought for money, when you have circumcised him, then shall he eat of it. A foreigner and a hired servant shall not eat of it… And when a stranger shall sojourn with you, and will keep the Passover to the Lord, let all his males be circumcised, and then let him come near and keep it; and he shall be as one who is born in the land; for no uncircumcised person shall eat of it. One law shall be for him who is native born, and for the stranger who sojourns among you’” (Shemot 12:43-49). So, according to God’s eternal commandment, no uncircumcised male, Jew or Gentile, can partake of the Passover elements. This was true then and it is true today. Who, then, can partake of the elements of the Passover? To understand the application of this commandment for our time, we have to read the Brit Chadashah to see the revelation that the Holy Spirit gave to the apostles after Yeshua’s sacrifice.

First we read in Acts 15 that some Jewish believers were trying to do exactly that, to physically circumcise the Gentile believers, the foreigners as it were, because they understood from the Torah that in order to partake of the Passover elements, one has to be circumcised like the Jews – one law for both Jews and Gentiles. But what was revealed to the apostles was that the required circumcision was a spiritual circumcision not a physical one. In the book of Romans 2:28 the apostle Shaul asks a very pertinent question, “Who is a Jew?” In other words, who is a believer, a spiritual Jew? The answer given is, “the one who is circumcised in his heart.” The one who is humble and repents of his sins - the one who makes teshuvah, that one is circumcised inwardly and can partake of the Passover.

Furthermore, in his first letter to the Corinthians, the apostle Shaul discusses this very subject, how shall we partake of the Passover elements, which are but symbols of the Body of Yeshua. “For I received from the Lord that which also I transmitted and handed on to you, that the Lord Yeshua, on the very night in which he was betrayed, took the Pesach matzoth, and, having made the HaMotzi, He broke it and said, "This is My body, which is broken on your behalf. Do this in memory of Me." In like manner, after eating the [Pesach] seudah, also the [Kiddush] cup, saying, "This [Kiddush] cup is the Brit Chadashah - New Covenant - in My blood. This do, as often as you drink, in Zikaron [remembrance] of Me." For as often as you eat this Pesach matzoth and drink from this Pesach Kiddush cup, you do proclaim the death of the Lord until He comes. Therefore, whoever eats the Pesach matzoth or drinks the Kiddush cup of the Lord unworthily will be guilty and answerable for the Body and the Blood of the Lord. But let a man examine himself and in that manner let him eat of the Pesach matzoth and let him drink of the Pesach Kiddush cup. For the one eating and drinking is the one eating and drinking judgment to himself when not discerning the Body... But if we were judging ourselves [in teshuva], we would not be brought into judgment” (1 Corinthians 11:23-31).

Note the key word, unworthily, it is an adverb and refers to an action that we must do to become worthy. We have done nothing and can do nothing to earn our salvation, it is a gift from God, but such a gift must have a response from our hearts. If we ever think that doing good deeds will earn us salvation, or that by doing good deeds will make us worthy to partake of the elements, we are making a mockery of Yeshua's sacrifice. We are to come to Him as we are, but, by examining ourselves, we are not to stay as we are. So, what do we need to do? We need to recognize the sin in our lives, humble ourselves - circumcise our hearts - and repent of that sin and Yeshua will wash us clean, then and only then, we will be worthy to partake of the Passover elements. God's commandments are holy and good and have eternal values, therefore, God's commandment stands - one must be circumcised to partake of the Passover. Passover is coming soon, in couple of months. Is your heart circumcised and ready for Passover?